Working on any digital project comes down to many of the same problems: how to build a story, what experience you want to deliver, and how to get the buzz to create success. What can the galaxy far, far away tell us about digital storytelling?

George Lucas started working on the story and plans for Star Wars in 1973. At the time he was still working on his other early classic, American Graffiti. It’s been 40 years, 3 theatrical releases, 3 re-releases, and 3 new features since then. Now, the characters, tech, and plots that created an entire universe are coming alive again.

This project, an inspirational masterpiece of storytelling and special effects, wasn’t without its challenges. Just like any multimedia production, Lucas and his team faced budget challenges, tense negotiations, hectic timelines, changing elements, and human error. In fact, the original concept for ‘The Star Wars’ is light years from what the final product looked and felt like.

1. Your limited budget doesn’t have to limit you

The original budget given for Star Wars was nowhere near what they needed to get started. So, Lucas focused on transforming the fledgling film into a desirable product. Soon Star Wars became ripe for further investment and a significant increase in budget.

It can be frustrating to build a prototype with limited resources. But it might be necessary to convince people that your ideas are going to work.

2. To get what you want, plan ahead and plan for the worst

Lucas’ foresight on control of the rights to his movies is the stuff of history now. But it was proper planning that gave the team the leverage to negotiate their own terms with the studio.  The team planned for every possible outcome, including abject failure. Only then did they realize that having complete creative control of the project was the main thing they wanted. In order achieve that goal, they were willing to sacrifice some payment.

Don’t skip examining the positive and negative results of your project. If you do, you won’t be able to assess your needs and come up with a strategy to meet them.

3. To stay on time, you might have to change your approach… a lot

Critical scenes of the first Star Wars movie were changed or omitted because of a variety of failures. When production ran into problems, they could have wasted time trying shots again and again. They could have waited for a problem to fix itself. Instead, they reversed earlier decisions, changed technology, and rearranged schedules to keep the project on track.

Being flexible is important, even when it seems like you might be making drastic changes. If you find yourself running into walls with one technique, you might have to try something completely different.

4. The best story ideas aren’t always the original ones

The final story for Star Wars that appeared on screen was the 4th version written. It was so different from the original treatment that it concerned the producers. The script was changing sometimes just days before scenes were to shoot.

Rethinking your creative elements may have consequences for your deadline or for your budget. But if the content isn’t working you may have to change it.

5. ‘Oops’ is okay – especially in the digital world

Whether it was losing film reels or missing deadlines, tribulations on the set of Star Wars were routine.

We like to think that we’re safe with our productivity apps, backup files, and best intentions. But the truth is no technology can save us from screwing up sometimes. Don’t be too hard on yourself!

Now that your digital storytelling has improved, go ahead and make some Star Wars text like we did at the top! 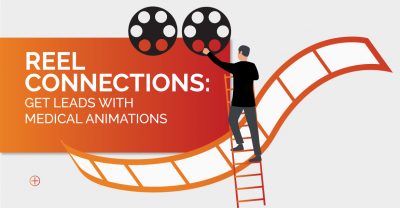